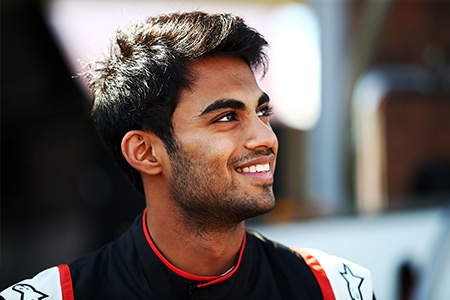 Akhil graduated from the University of Edinburgh, Scotland. Akhil began his motorsports career at 14 years old with National Karting Championship and since then has found victory on multiple Championships in a career span of 8 years. He has since been selected for the FIA Institute Young Drivers Excellence Award for drivers from the Asia Pacific region.

During the motorsports season of 2019, Akhil Rabindra is racing in the GT4 European Series and will drive an Aston Martin Vantage GT4 for PROsport Performance race team. Rabindra will be team mates with Swiss racer Florian Thoma.