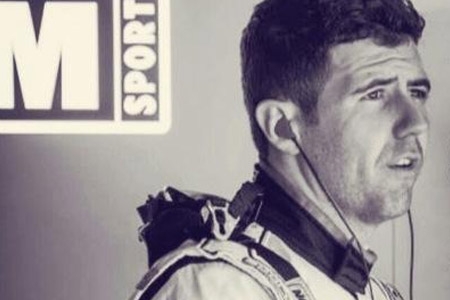 Our esteemed Ambassador Andy Meyrick is a professional racing driver and successful driving coach. In his earlier days, he enjoyed fantastic success in Formula Ford, but this was just the beginning. Andy continued this success quickly moving up the ranks to British Formula 3 wherein 2008 he ended the year with 12 races and winning 7 of them.

Andys debut in the US in 2010 was a huge success, ending on the podium at the Sebring 12 hours. In the same year, he also debuted on the Le Mans stage, achieving an incredible 4th overall, winning the LMP1 Privateer class and being voted top rookie overall.

2014 was also a huge year for Andy as he helped team Bentley secure their first win on British soil in the Blancpain Endurance Series at Silverstone and to add some icing to the cake later that year being awarded the John Cobb Trophy by BRDC for achievements that year. This award is not given out to just anyone and is only for those who have achieved the success of an outstanding character. To understand the gravitas of this award, previous winners include Dario Franchitti, Lewis Hamilton, and Nigel Mansell.

Racing being racing Andy has seen many challenges in his racing career and can boast of a triumphant racing career filled with success, victory, poles. Andy’s drive and determination have always brought him out on top and in 2017 he has competed full seasons with both GT and prototype teams.

He continues to coach here in the UK and he is still passionately working with Team UK.

Click here to learn more about the SEF Ambassadors and the Sean Edwards Foundation. We have many initiatives related to safety on and off the track. If you can help support our organisation by making a small donation it would be greatly received. As always, #safetyfirst !!