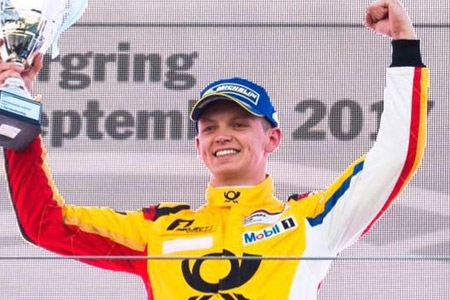 The Sean Edwards foundation was established in 2013 as a result of a tragedy which saw one of
Britain’s most promising motorsports stars Sean Edwards killed from behind the wheel. Several
contributing factors that caused the fatality could have been prevented if there were better safety
procedures in place and it is this notion that drives the non-profit organisation in its objective to
raise safety awareness in motorsport.

The ambassadors working for the foundation are a vital part in the realisation of the goals in place;
promoting critical awareness by using public figures to reach a wider audience and advocating for
needed changes by using eminent role models to appeal to a younger generation that can be
positively reached through social media.

Ambassador Nick Yelloly is a perfect candidate, an experienced young driver with an impressive race
history spanning over a decade. Yelloly can testament to the change in health and safety awareness
within the sport and with the 2013 tragedy occurring almost in the middle of his career to date, the
emergence of awareness and improvements to safety in motorsports will be abundantly clear to
Yelloly, who began racing in 2008.

Nick Yelloly discovered his passion for competitive racing when he started karting back in 2007, in
similar beginnings to F1 star Lewis Hamilton who the Sean Edwards Foundation are proud to say is a
supporter of the foundation’s main goals and aspirations.

At just 28 years old, Nick Yelloly has raced 183 times, winning 9 races and gaining 32 podium
positions and this is by no means a final statistic. The former renault3.5 and GP3 race winner further
exposed his racing potential when he made the move in 2016 to race for Project 1 in the Porsche
Carrera Cup, finishing an impressive 6 th place, all whilst honouring his obligations as a Force India
Formula 1 simulator driver.

The move to Project 1 was career defining, with Yelloly finishing 2 nd in the 2017 Porsche Carrera Cup
in Germany, and 2 nd again in the 2018 Porsche Mobil 1 Supercup. Success appears to come naturally
to Yelloly, and recognised by his agility in skill and commitment to the sport, it is certain that his list
of achievements will continue to grow.

You can visit her website to learn more. Click here to learn more about the SEF Ambassadors and the
Sean Edwards Foundation. We have many initiatives related to safety on and off the track. If you can
help support our organisation by making a small donation it would be greatly received. As always,
#safetyfirst !!